what is a t1 line

By Blaze BullockSeptember 20, 2021No Comments 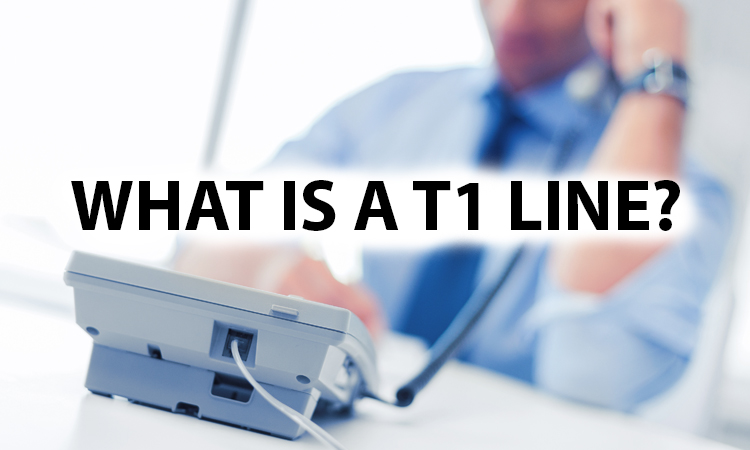 How are T1 Lines Transmitted?

T1 lines are usually provisioned over copper cables. However, any media can be used for T1 transmission such as cable, fiber, and wireless microwave.

How Many Voice Calls Can a T1 Line Carry?

However, some bandwidth is required for overheads, and therefore, 23 channels are available for voice calls.

To reiterate, a T1 line can carry 23 uncompressed PCM voice calls simultaneously. If voice compression technology is used, then each voice call requires less than 64 kbps, and the number of voice calls per T1 line will increase. Compression is lossy, meaning the audio quality degrades due to compression. This leads to a price vs performance tradeoff. Increasing compression allows transmission of more voice calls over the same T1 line, translation to a lower price per call. However, the quality of each call also degrades.

Similarly, if the same T1 line is used for carrying Voice over Internet Protocol (VoIP) calls, then the number of simultaneous calls depends on the VoIP codec used. A codec determines the audio compression, audio quality, and bandwidth of VoIP calls:

What is the Difference Between T1 for Data and T1 for Voice?

T1 offers a 1.544 Mbps data rate which can be used for any form of digital transmission.  There are two main applications for T1 lines:

When used for voice communication, the T1 line is provisioned as channelized service with 23 voice channels and one channel for overheads such as synchronization. The T1 line terminates on your on-premise Private Branch Exchange (PBX) and connects it to the Public Switched Telephone Network (PSTN). The PBX acts as a gateway for call routing. Local calls are routed between local users, and calls destined for another location in the same city, for another city/country, or for a mobile network are carried to the PTSN over the T1 line.

What are the Advantages of a T1 Line?

A T1 line is leased from a service provider. It is a dedicated point-to-point connection that is used by a single user or business. T1 lines offer the following benefits:

T1 lines are dedicated connections. They are not shared between multiple users, and a T1 line for your business will be used to carry only your traffic. This makes T1 lines inherently more secure as compared to shared connections such as cable and fiber.

Since your T1 line only carries your traffic, the amount of traffic flowing through the T1 will be consistent and predictable and will have consistent latency. This is advantageous for all applications in general, and for real-time applications – such as video and VoIP – in particular as they degrade severely due to packet loss.

T1 connections are usually provisioned over buried copper cables. This means that the service will remain operational even in the event of a natural disaster such as an earthquake or a hurricane.

What is a T1 Business Line?

A business user of voice and data services will usually have much more stringent requirements compared to the average home user. Service providers take this into consideration to offer T1 services for businesses with:

A consequence of this higher level of service is obviously cost. The cost of a business T1 will be higher than that for a residential T1 line.

How Fast is a T1 Line Compared to Cable?

T1 and cable can both be used for voice and data communication. Let’s consider a few of the major differences between the technologies:

A Comparison of T1 vs Fiber

The T1 vs Fiber discussion has two very different contexts:

The PSTN or any other carrier network uses fiber for long-haul transmission. Fiber has transmission capacities that are unmatched by other transmission media. Therefore, when a carrier network such as AT&T carries traffic between cities or between continents, then fiber is the medium of choice. The same fiber connection can carry hundreds of T1 or T3 lines between locations.

In this context, the comparison between T1 and fiber is very similar to the T1 vs cable comparison:

Many communications services, such as T1, T3, cable, and fiber are available for every residential and commercial user. Each service has its own characteristics. There is no inherently ‘good’ or ‘bad’ service.

The type of service that you choose will depend on your specific requirements.

If you are a residential user, then a cable or fiber connection will suit you well.  You will most likely use the service for browsing the Internet and making WhatsApp calls and will not suffer any financial loss if the service is unavailable for a few hours. If the voice/video call is jerky or if it is hard to hear or see the person on the other side of the connection.

However, if you are a business user, then your business cannot tolerate unreliable service. You need the service to run 24/7 without exception. If the service does go down, then you need it to be restored ASAP. A business T1 line will fulfill the requirements such as guaranteed uptime and 24/7 customer support. A business T1 line will also provide security as it is not shared with anyone else. It offers business owners negligible packet loss and consistent latency. These features translate to reliable and consistent application performance. If you are a business user, then a business T1 line will give you the peace of mind that you desire and deserve. Click here to get your free quote. We can help you with all of your telecom needs!